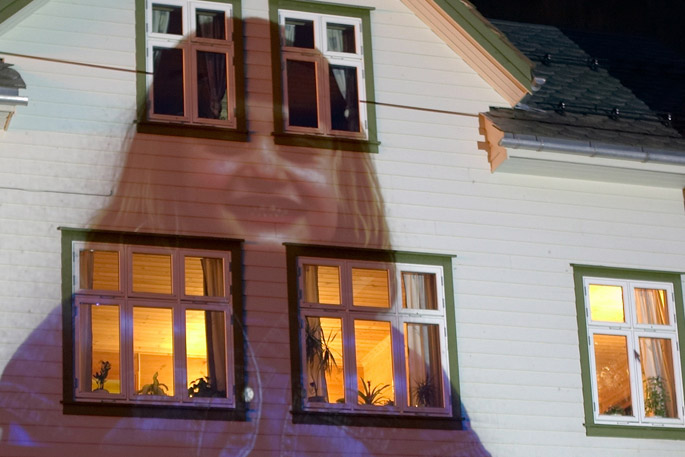 The Porta-Projector can screen video or project slides onto any surface at any site that is accessible by foot. The projector is powered from a caravan battery through an inverter and is designed to be quick to set up and compact enough to move easily from place to place. From 2005-2008, the Porta-Projector presented a curated series of short duration site-specific projections of varying scales while taking audiences on journeys throughout particular locations.

Following mass demonstrations in Edinburgh prior to the G8 summit in 2005, EmergeD projects initiated a collaboration between Will Foster and the the Anti-Monument Coalition, a Melbourne-based collective. The collaboration led to projection interventions at several sites across Edinburgh’s old town including the Bongo club, the Holyrood tunnel, the Bank of Scotland and the New Scottish Parliament building.

As part of the Partners programme (Artists-in-school residency established by The Scottish Sculpture Workshop) the Porta-Projector was used as an outcome from series of workshops with students at Alford Academy in rural Aberdeenshire. Students explored the possibilities of filmmaking and site-specific projections within their school premises. The result of these workshops was a one night projection walk, entitled New Moon, displaying a curated series of the students’ work.

Folk frå Fykse, 2008, was a collaborative project with Sille Storihle which documented every person and family unit currently living in the village of Fykse. As part of BLUSS light festival, the audience followed the Porta-Projector as it travelled through the village stopping house to house, projecting large scale portraits of its inhabitants onto the vernacular architecture.

‘The public projection can become an urban night festival, an architectural “epic theatre”, inviting both reflection and relaxation, where the street public follows the narrative forms with an emotional engagement and a critical detachment…Warning. Projectors must be switched off before the image loses its impact and becomes vulnerable to appropriation by the building as a decoration.’
Krzysztof Wodiczko, Critical Vehicles, MIT Press, 1999, p48 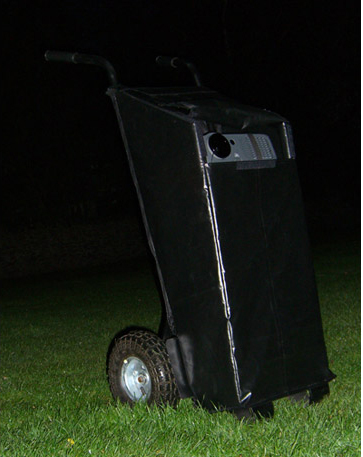 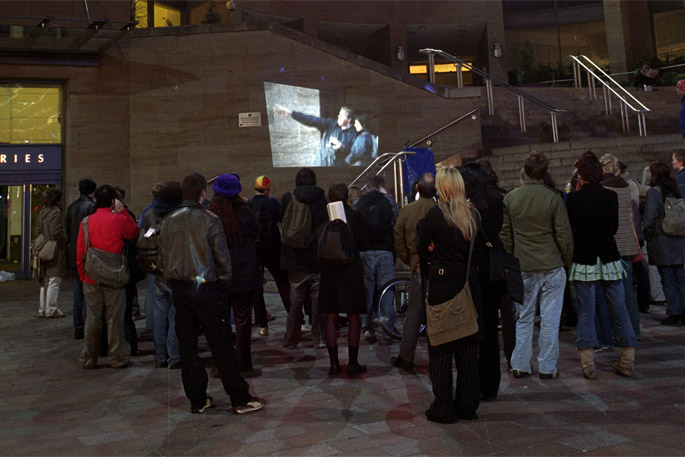 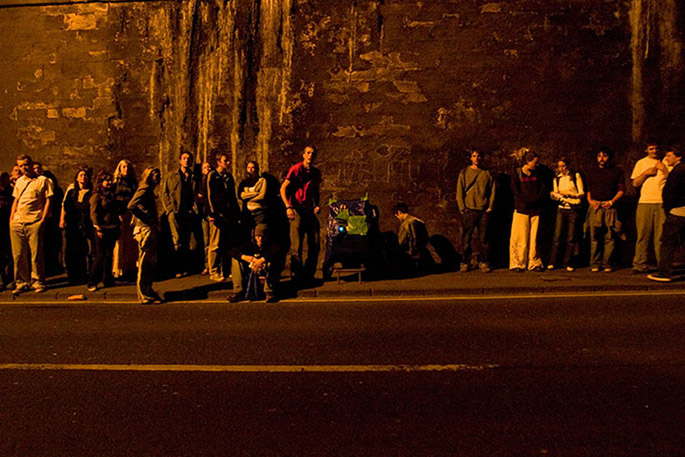 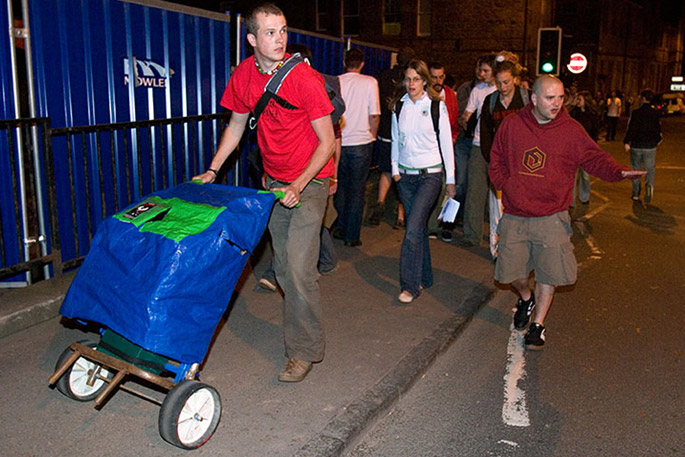 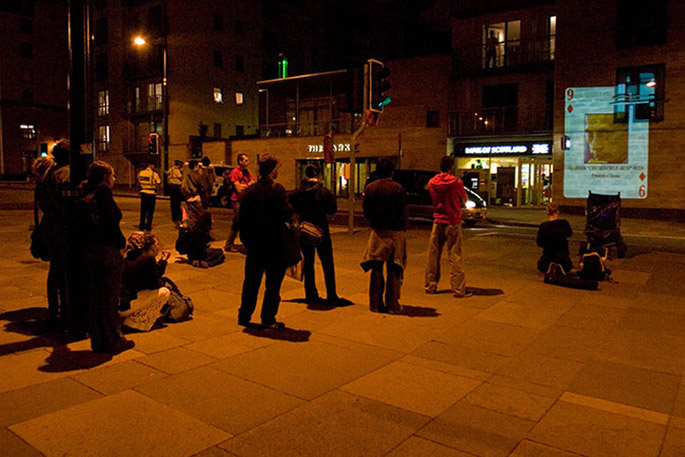 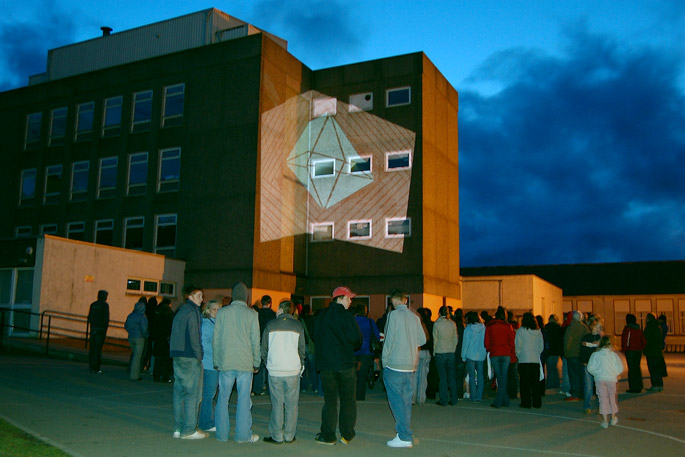 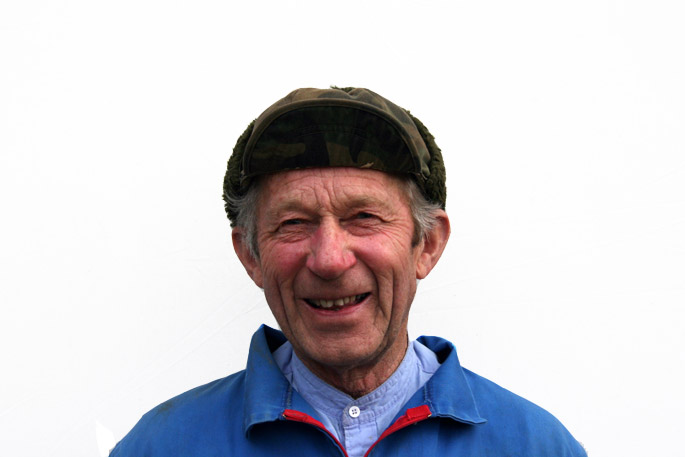 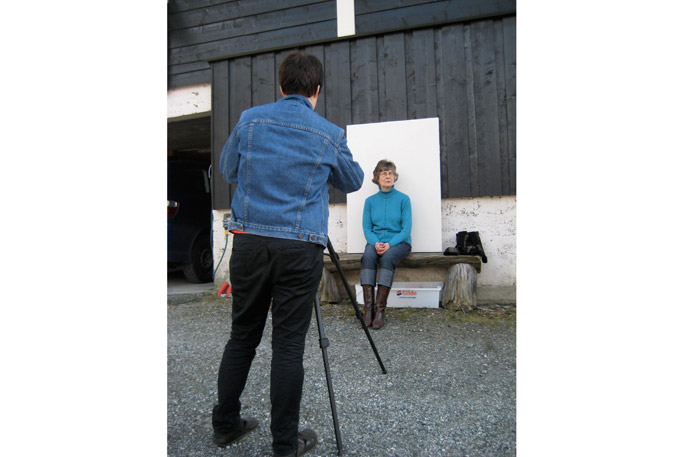 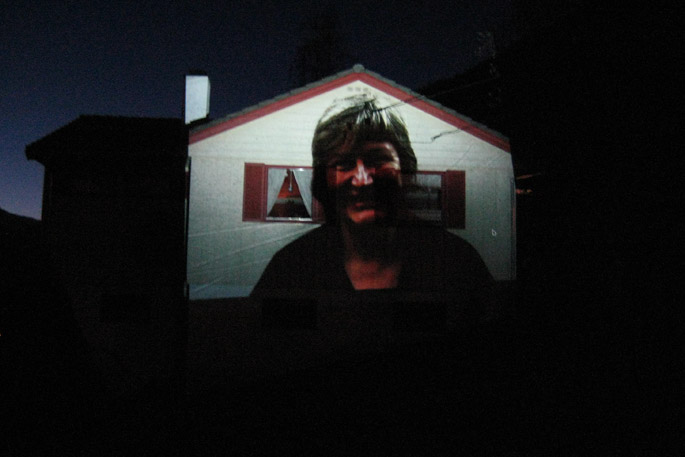