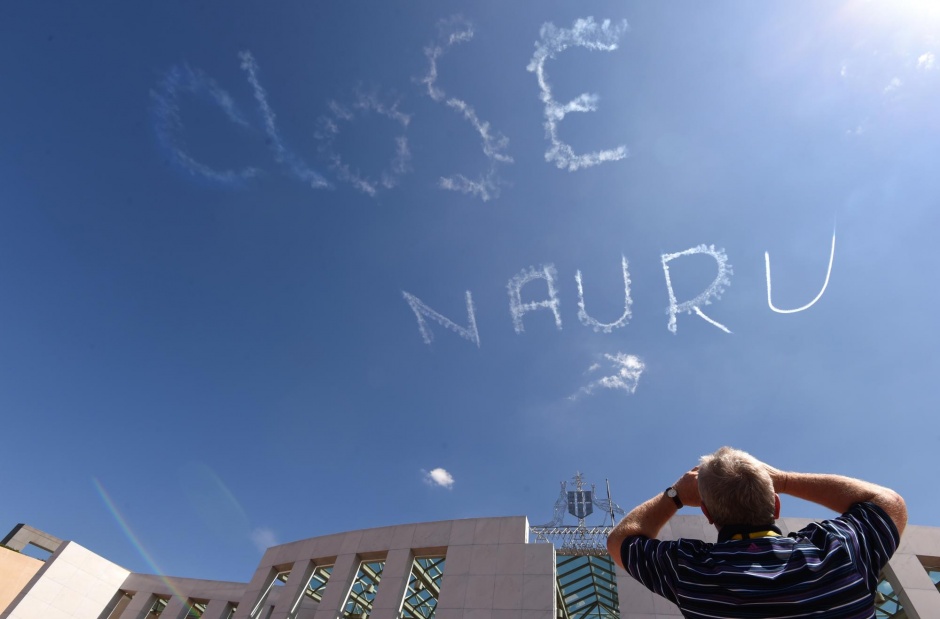 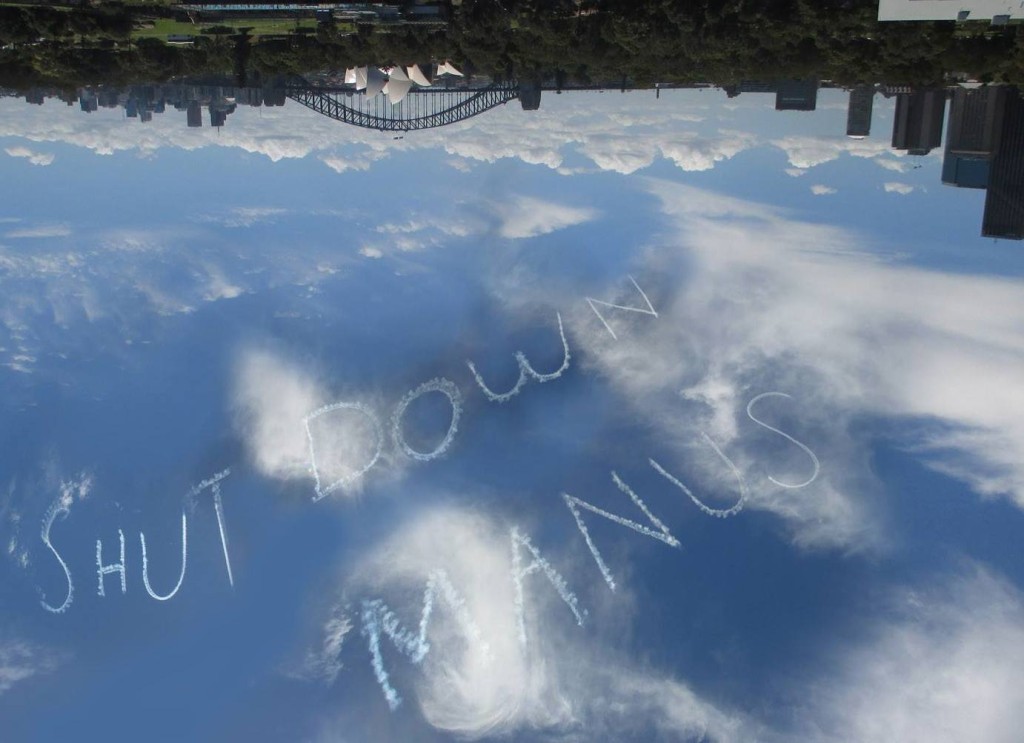 One year on from Reza Berati’s death at Australia’s Manus Island offshore detention centre, Australia’s asylum seeker policy has only become more inhumane. In response, three unaligned indivduals commissioned a skywriter to write these imperatives in the sky over two of Australia’s most iconic and most important cities. A message to Australia’s politicians and public, the international community and the asylum seekers themselves. The intention was also to create new images which could be used by the media to anchor articles on the subject of mandatory detention. Crowdfunded with contributions from 348 supporters within 6 days.

Images of the messages were published widely across social media in Australia and international media:
The Guardian
BBC
Australian
Sydney Morning Herald
The Economist
The Telegraph (UK)
PNG news