Three is a cardinal number 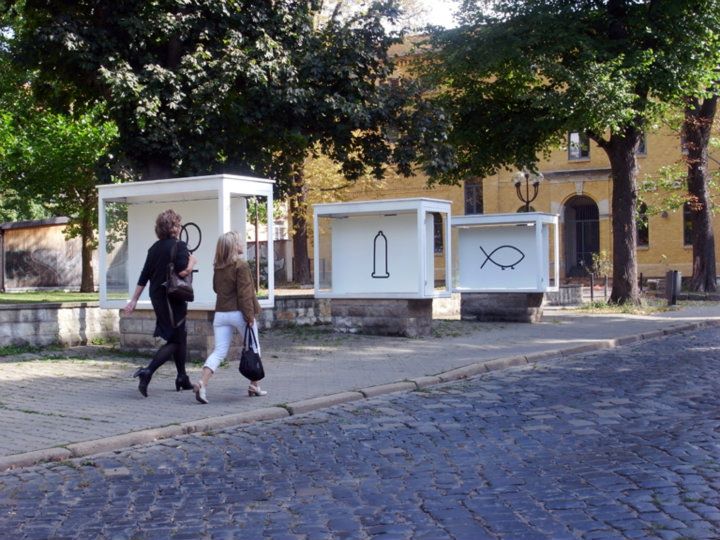 Three is a cardinal number

Three is a cardinal number is an intervention in response to the political climate surrounding the Pope Benedict XVI Where there is God, there is the Future pastoral visit to Germany. The adapted XAU display cases in Erfurt make space for a double-sided triptych. The triptych brings together appropriated iconography spotlighting several conflicting beliefs and opinions present across the globe. The triptych stands as a testimony to a lack of social equilibrium while at the same time asking passers by to situate themselves in relation to topics such as: LGBT rights, contraception, segregated education and the origin of the universe. The realisation of this artwork has encountered disruption and uncertainty, as it is situated on the edge of the high security policed zone which will be temporarily set in place during the popes visit. 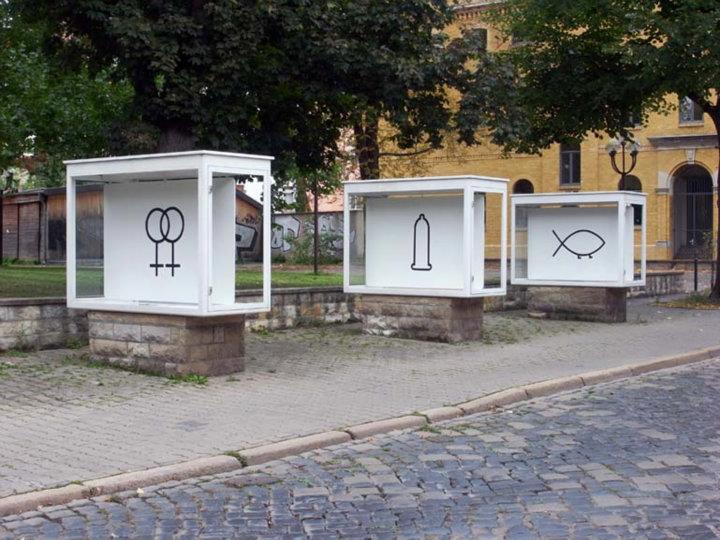 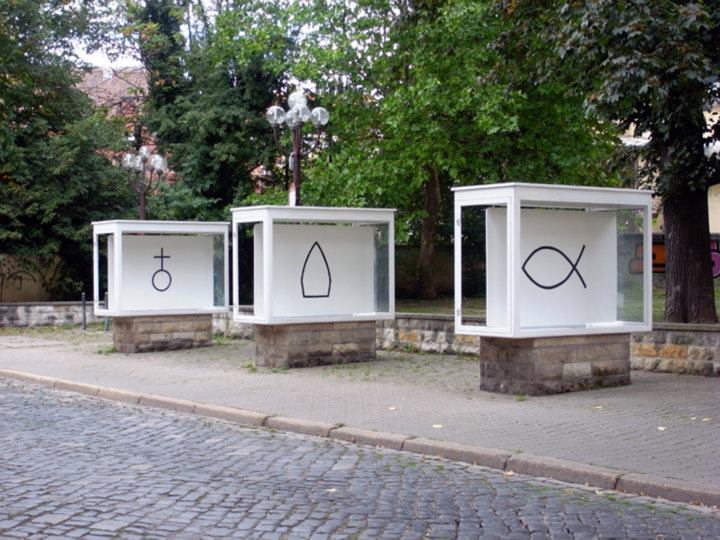 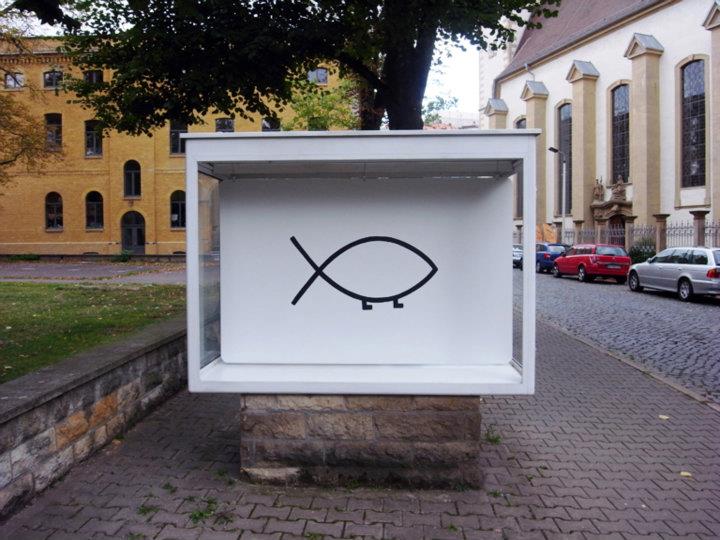 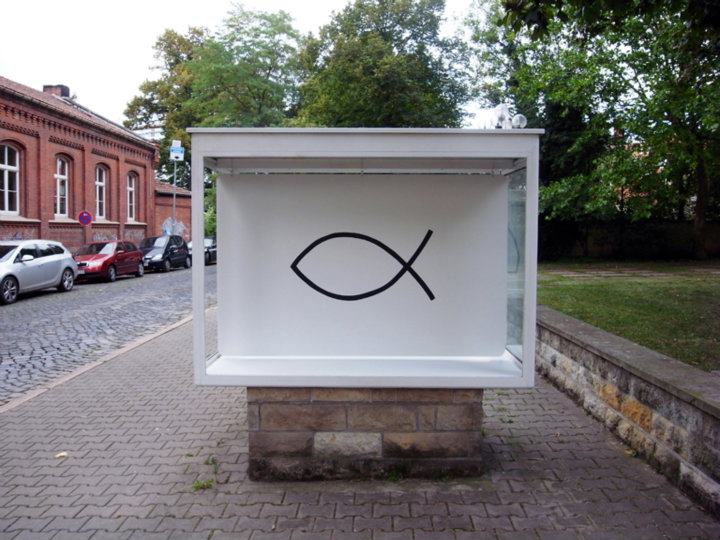 All Photography by Nici Wegener 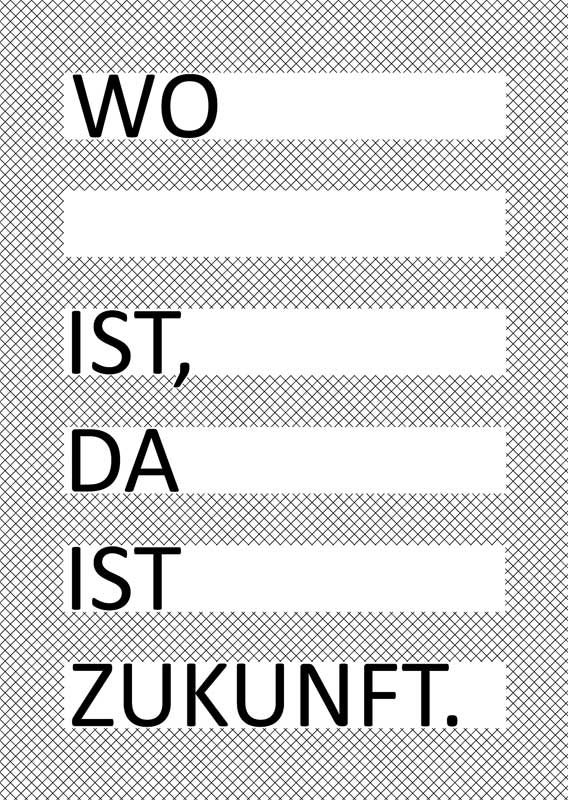