The Head As The Seat Of Reason 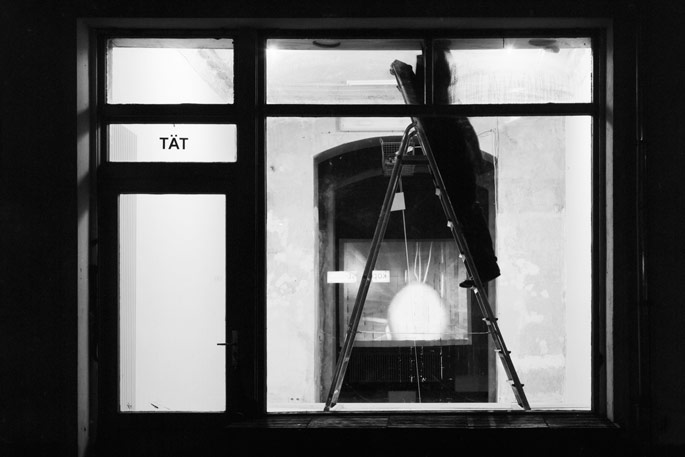 The Head As The Seat Of Reason

The Head As The Seat Of Reason (Der Kopf als Sitz der Vernunft) is one of a series of site-specific projects in which invites people to occupy and respond to environments that are seemingly void and unaccounted for. These investigations have taken place in spaces of varying interest and contexts: a vacant shop, a recently closed smoking room of a hospital and an urban wasteland.

In TÄT, an inaccessible space within the architectural fabric of the gallery was framed as a valid site for investigation. A space within the ceiling, only big enough for one person’s head, was made accessible by ladder. Visitors and guests from a range of disciplines were invited to visit the space. Prompted by a list of questions, viewers were requested to respond verbally to the environment. The principle enquiry was: “what can you tell me about here?” The impulses, choice of words and associations evoked by the space were recorded via dictaphone. This constructed situation is an attempt to start a psychology in motion –either provoking reverie or leading to absurdity. Speaking one’s thoughts in the dark to the inside walls of a window shutter is unpredictable.

The audio recordings were fed back into the space for participants and audiences to encounter. A closed circuit TV camera installed in the ‘headspace’ linked to a projector transmits a live feed in the gallery space. The live feed is juxtaposed with audio recordings (updated daily) of the intimate encounters of the participants. This manipulation presents a multi-layering in which past encounters narrate the present image.

In the gallery, space was constructed according to the ‘aesthetics of necessity’ comprising an ad hoc stage, seating area and projection screen all assembled from items from past exhibitions found in the gallery and gallery storeroom. This project underscores a core theme in the artist’s practice that investigates use value, ecology and perception of space. 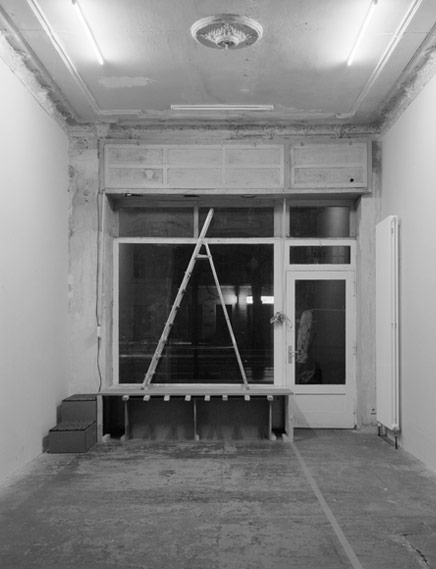 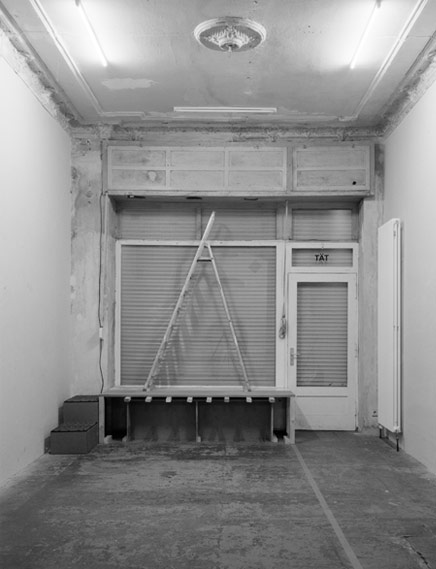 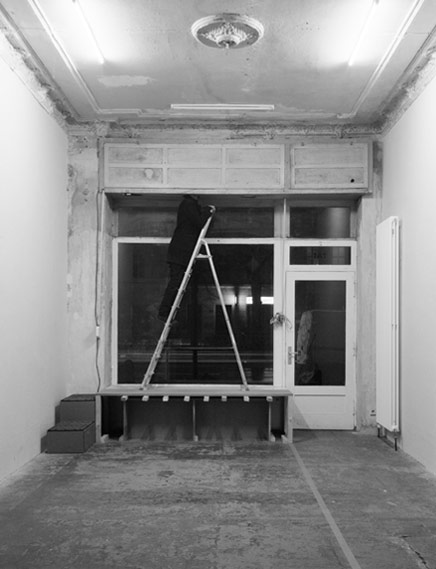 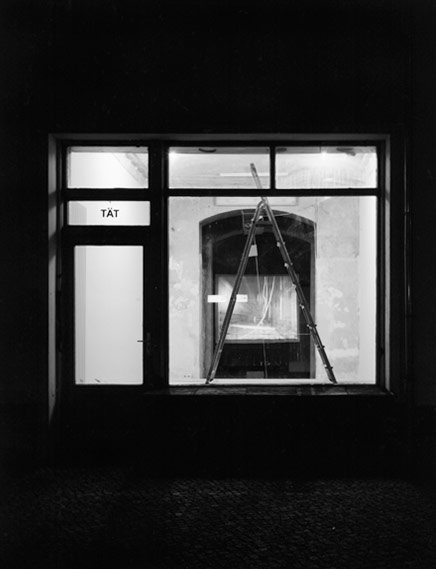 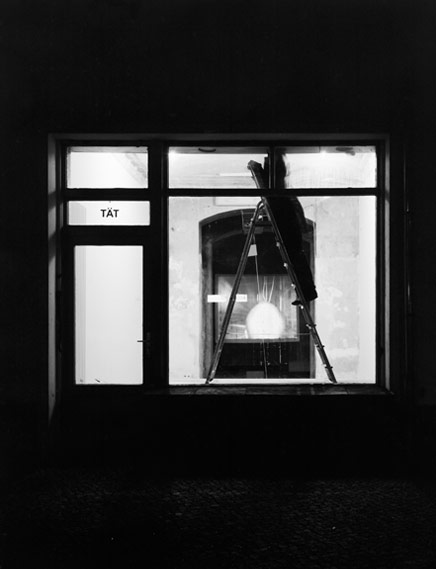 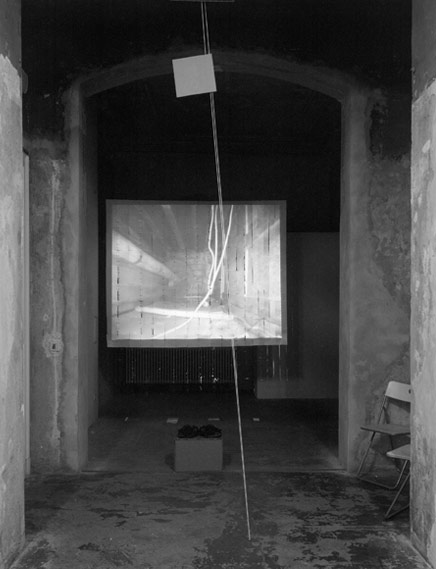 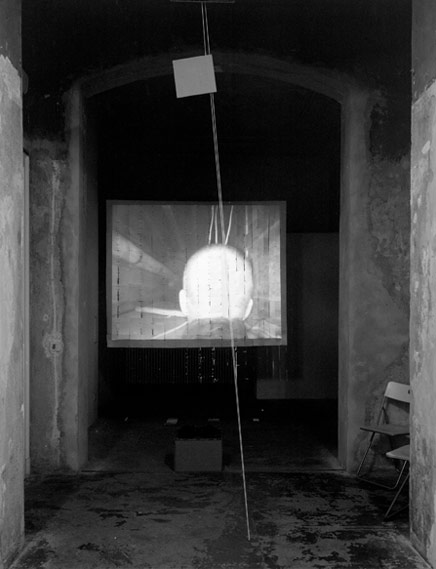 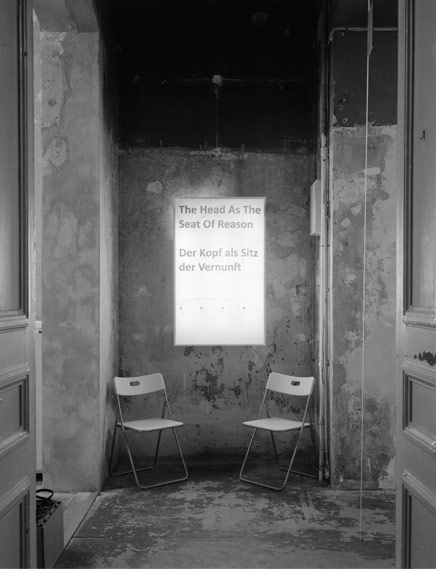 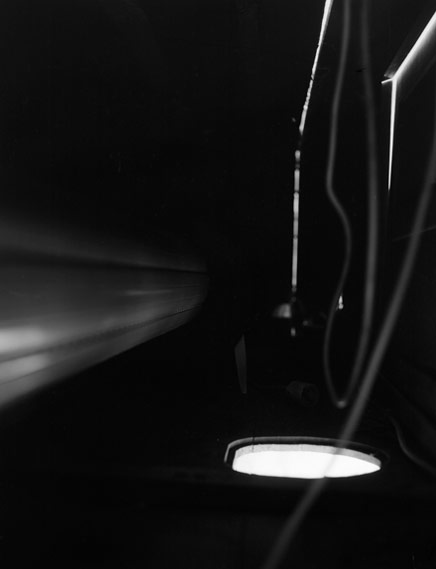 Large format images by Lars Hayer and Will Foster 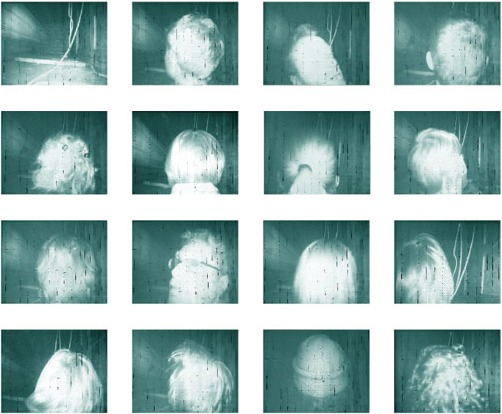 CCTV stills of participants’ heads in the space.