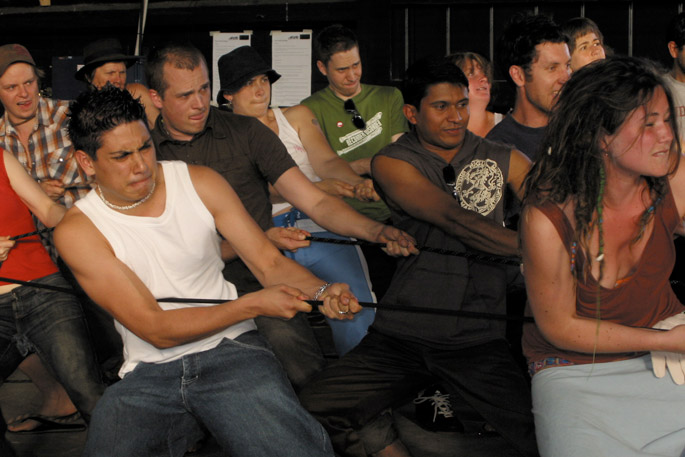 For the duration of Containers Village at Next Wave, the shipping container was used as a hub for recruiting participants. The aim was to bring people together to form a collective mass with the common goal to tug a container across the floor. Though seemingly impossible to achieve, on Sunday 26th March 2006, 34 people succeeded to pull the 3,200 KG container across the floor using ropes.

Participants were given the following instructions: “Stand to the left of the rope. Slip your right toe under the rope, and at the judge’s command, lift the rope with your foot and take it with your hands and stand upright, well balanced on both feet, rope positioned between your body and the upper part of your arm. The rope should be in a straight line and fairly taut from front to rear, but the team should not stiffen themselves in any way.” 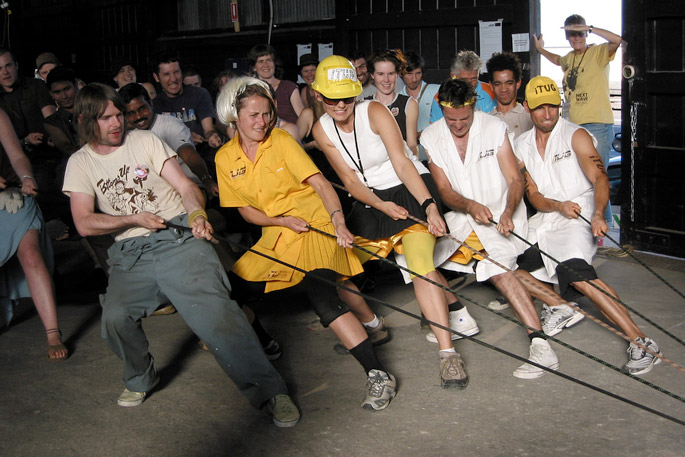 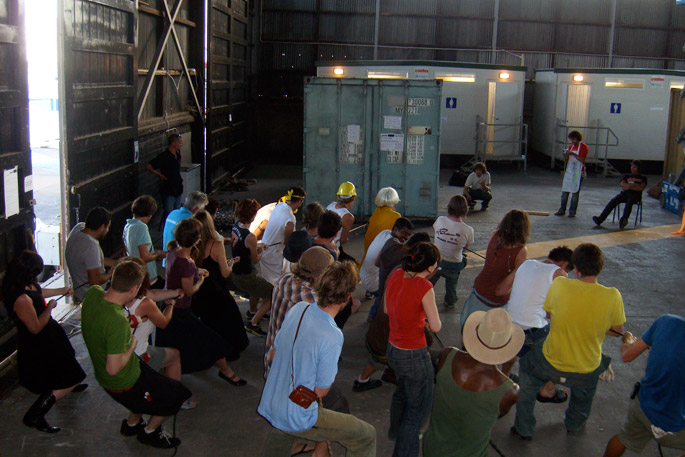 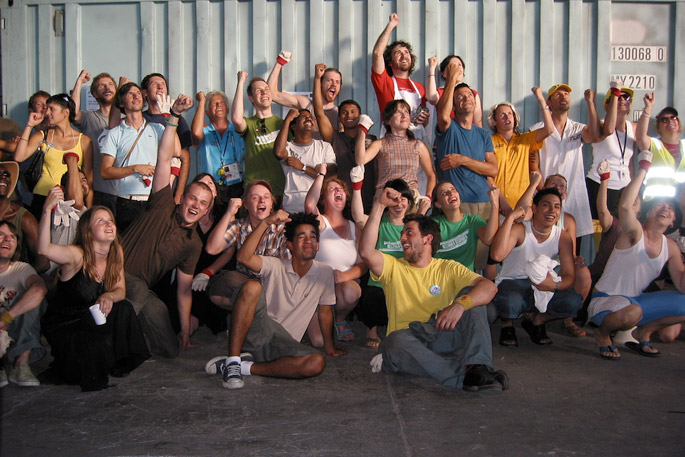 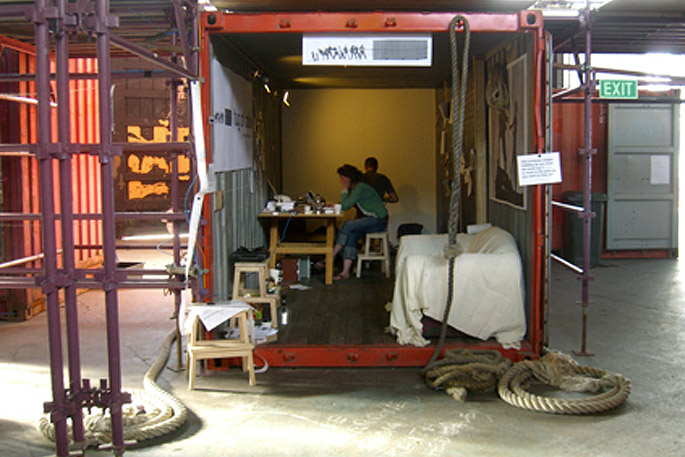 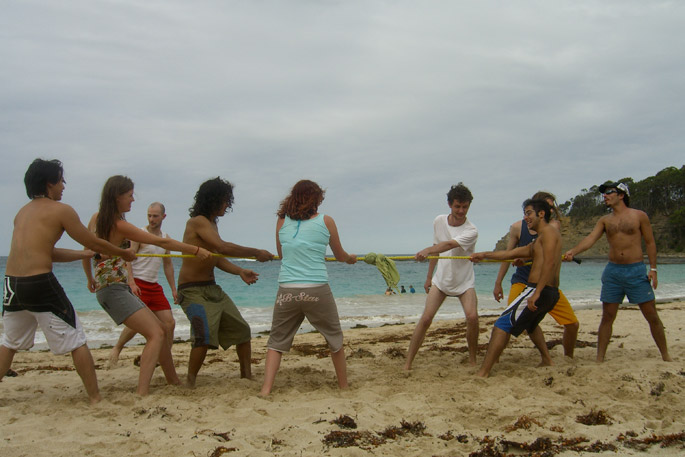 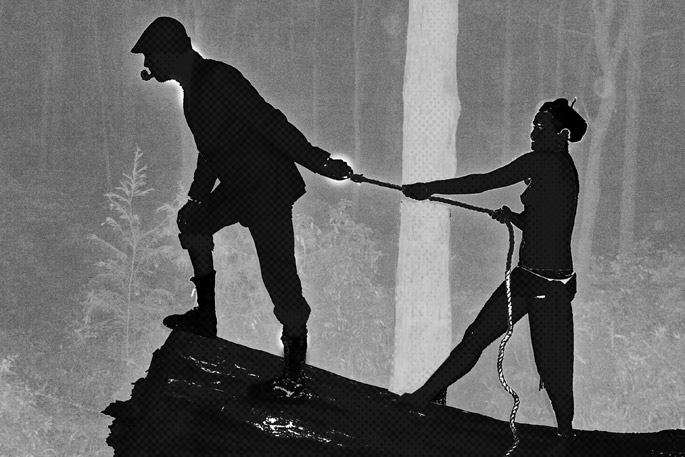